Alumna gives back to Ohio University for a half century 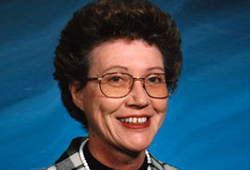 Giving back for 50 years

As an alumna with a passion for education, teaching and Ohio University Phyllis Relyea, formerly known as Phyllis Ihle, has given selflessly back to OHIO.

Since her graduation in 1961, Relyea has given back to OHIO consistently for more than 50 years. She is dedicated to giving back to a university she feels has given her so much.

Relyea has supported OHIO in a variety of ways but has focused her giving on the arts and education. Relyea said she is inspired to give back because of her family background and because of her career as a public school music teacher.

"I have tried to give back proportionately to both the School of Music and The Patton College of Education because I truly benefited from their assistance," Relyea said.

Throughout her years of giving, Relyea considered the size of her gifts to Ohio University based on her income at the time.

"They range in size because my salary has increased over the 52 years since I was an Ohio University student," said Relyea, "I never felt it was tough to give something back to a university that has been so generous to my teaching career."

Reflections on fulfilling her promise

Relyea graduated with a bachelor of science degree in education from the Patton College of Education. She was involved in multiple organizations including Alpha Lambda Delta, the freshman scholastic honorary society, the international education honor society Kappa Delta Pi and the Mortarboard Honor Society. Relyea was also initiated into the Sigma Beta Chapter of Sigma Alpha Iota, the international music fraternity for women and into Tau Beta Sigma, the marching band honorary for women.

As a student, Relyea received financial help from the university and garnered an income by working in Shively Court. Relyea said the aid and income enabled her to attend OHIO and receive her degree in education.

Relyea's passion for Ohio University began as a freshman. She remembers the excitement she felt while walking onto the football field for the first time with the marching band. This was especially exciting because she is from a hometown that didn't have either a marching band or a football team.

One of Relyea's most memorable moments at OHIO was when she was tapped to be in the Mortarboard Society her junior year, she said.

"My parents, even my father, were in the audience to help me celebrate the occasion."

Consistent giving like Relyea's supports OHIO's The Promise Lives Campaign, which will raise $450 million by June, 2015 to support students, faculty, research and creative activity, community outreach and select facilities. To date, the Campaign has raised more than $419 million in support of these priorities. To make a gift to The Promise Lives Campaign, visit www.ohio.edu/give.